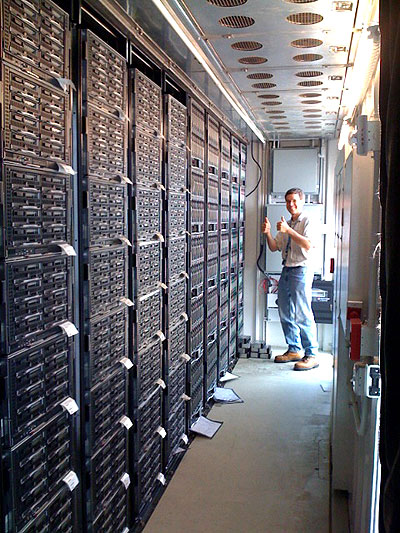 Recently, the ConfigureTek team worked with the IT Infrastructure Management team of a large retail company to support in analytics and planning for a data center migration. The project included the following tasks: leverage UCMDB/UD discovered data to automatically discover and map out server dependencies, create move groups based on discovery results; and generate various reports reflecting dependencies, server inventory, and critical configurations. ConfigureTek’s specialists successfully finished the project in 8 weeks.

The client needed fast and complete discovery of server hardware, applications, and server-to-server dependencies to optimize consolidation of servers and move servers to a new remote data center.
To ensure the project was successful ConfigureTek assisted the client with identifying required credentials, address network access requirements and implemented HP Universal Discovery (UD) to create and maintain an up-to-date inventory of Unix/Linux and Windows servers, business applications on servers including Oracle & MS SQL database servers, and much more.

Within the first month of the project, HP UD discovered more than 1100 servers, the dependencies between every server, and began creating move groups that would prevent downtime or any disruption of day-to-day operations.

HP UD was chosen because of its ability to discover servers, applications, and even communication between servers without installing agents on each system. The agentless discovery feature of UD along with UD’s ability to provide continuous up-to-date inventory were key benefits the customer needed because their environment would begin changing rapidly when the server move groups were migrated to the new data center.

With the success of the initial proof of concept, the client quickly rolled out a full implementation fo UD for the data center move. This implementation included:

Contact the ConfigureTek team to better understand how we can leverage our experience and knowledge around the data center migrations to support your IT strategies.

About the Author: admin